Eyez about 'Think I Can' 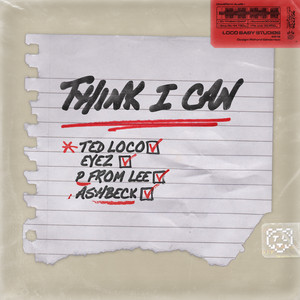 “I linked up with Ted Loco to make the song as soon as he played the beat I knew it was special. Straight away the lyrics and flow came to my head.. Originally it was supposed to be a solo song with just me as the only vocalist, but me and Ted both agreed we needed a feature or 2 too change the dynamics of the song and bring a bit more of a different flavour to the tune. Ted reaches out to P from Lee first and he came back with a crazy verse and unique style that I wouldn’t have came with if I stuck to the original plan of it being a solo single. Ted then sent it to Ashbeck too who also brand his own wave to the anthem and basically put the icing on the cake topped with a cherry. I love working with Ted Loco he is a wizard and I’m looking forward to releasing more music with him in the future!”

Eyez about 'Think I Can'

Grimelist is a Berlin based Platform for Grime, Bass & UK Rap Music. We reveal unheard background stories, feature an event listing and curate a playlist with the latest UK Grime Music.